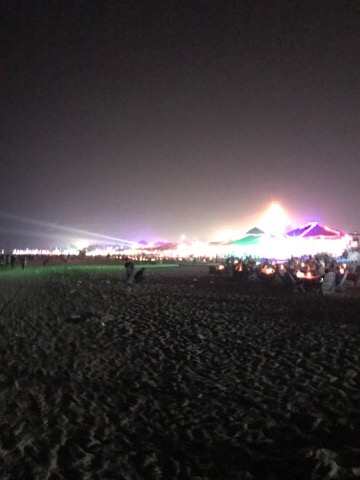 Bad news… I’ve lost my wallet at the New Year party. So, cash crisis plus no wallet = disaster. I shouldn’t be allowed to travel alone. Next time it’s 2 weeks all inclusive in Tenerife.

Good news is that the hotel I’m staying at have a tab open meaning I can eat and drink here for the remainder of my stay. I’ve had to get my business card Fedexed over which probably won’t get here until Saturday, meaning I’m living on rations with the little money I have left. It also means I have to stay at this hotel and area until it comes.

I may be ending my trip prematurely. I’ve yet to make that decision…

Baga beach was raving with mostly Indians and very few tourists. I ended up going to a club called Mambos, until roughly 1am when I realised I lost my wallet. Lots of fireworks and parties on the beach, but I had to rush back to the hotel to cancel cards.

The next day having sorted some kind of plan to get money (FedEx another debit card I had at home over) I decided to explore Calangute and spend some time on the beach. I even had a swim in the sea… not usually a fan. Really warm…

I ended the day with a meal on the beach.

I’ve got the try and budget myself until my card comes. But like I said earlier I may come home early, this trip just isn’t working. India is well and truly chewing me up and spitting me out.

It’s a difficult place to say the least and I wouldn’t say ideal for solo travel like Thailand… but I have only experienced one part of Goa so far.

At least the toilets are nice…

So far the trip has been a bit of a disaster. I’m mulling it all over whist having a Kingfisher. If I don’t blog again you’ll know I’ve come home. 🏡

Dont lose your wallet- keep spare card back at the hotel